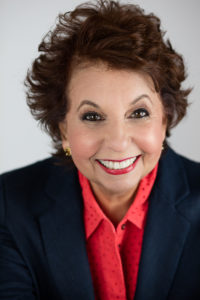 She is the author of the 2020 #1 Amazon International Best Seller, “In Spite Of…: How to Refocus & Renew Your Life™ In Spite of the Obstacles on the Path to Love & Happiness”.

Joanie is also the co-author the 2021 Wall Street Journal and USA Today bestselling book, “The Experts Cure: How Entrepreneurs Are Changing the World”.

A pioneer and inspiring presence in both the world of Hollywood and business, Joanie has enjoyed over 30 years as a full-time character actress in Hollywood. She has appeared in several national commercials, stage plays and co-starred in dozens of television shows, as well as co-starring in the Judd Apatow and Adam Sandler film, “Funny People”.

A graduate of the University of California, Berkeley, with a degree in Psychology, Joanie also co-founded and sold a multi-million-dollar consumer product business.

REDEFINES WHAT IT MEANS TO BE A BABY BOOMER

A leading authority on refocusing and renewing your life, no matter your age, Joanie is on a mission to revolutionize the way all generations perceive love, aging, success, and happiness.

Far from the slow and elderly person that the 55 and older crowd has been portrayed as in the media, Joanie’s role as an outspoken Baby Boomer Advocate is one where no acting is required. She passionately walks her talk and her timely message, coupled with her inspiring career path, redefines what it means to be a Baby Boomer. 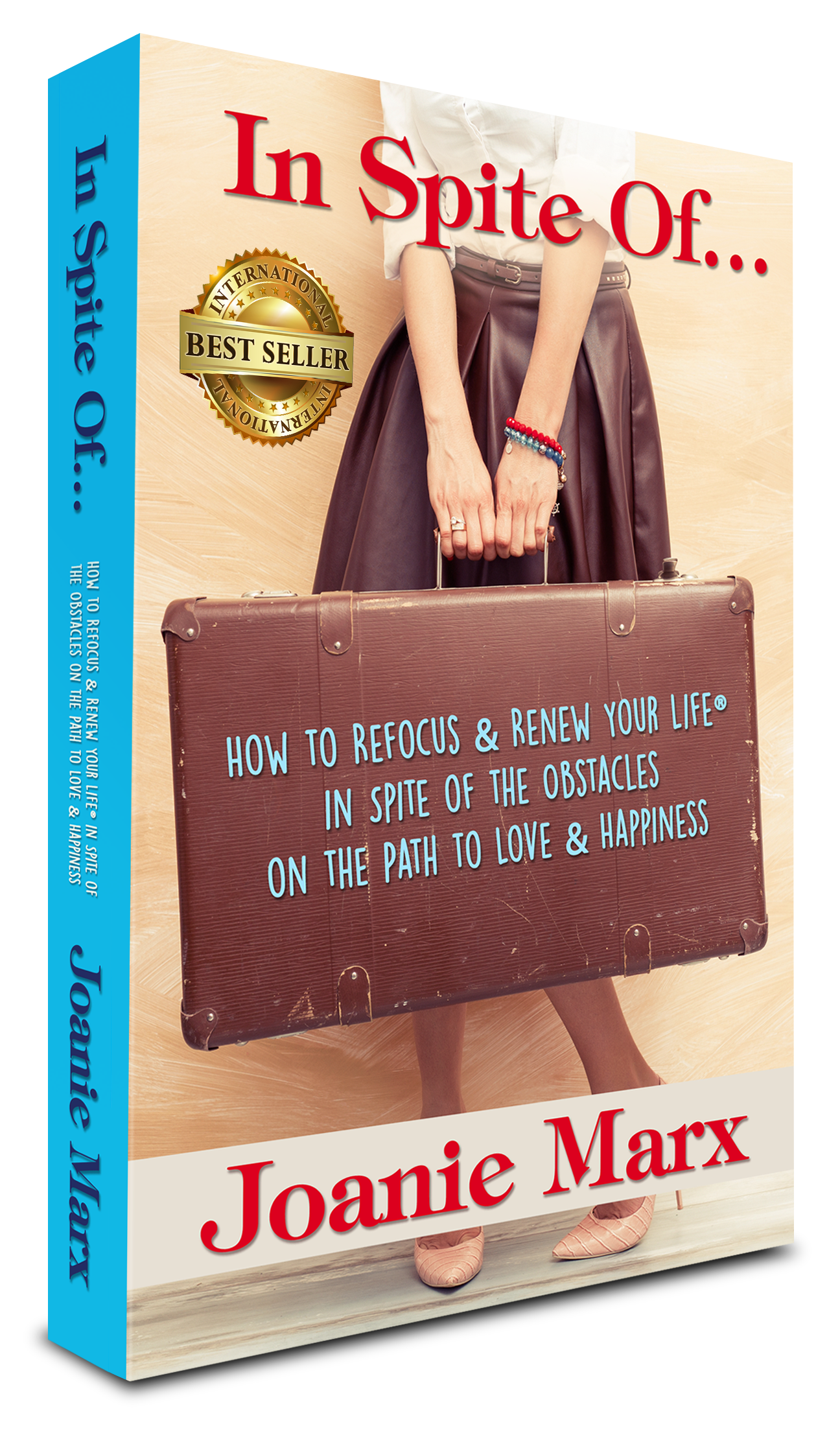 Her unparalleled storytelling, personable sense of humor and a no-nonsense approach to navigating life’s most pressing issues resonates with a wide and diverse audience, making her not only the ideal choice for a keynote speaker and guest for radio and television, but she is also a go-to-advisor and spokesperson for companies looking to gain valuable insight into how to connect with and market to Baby Boomers.

Well-known for breaking Baby Boomer myths, Joanie is on a mission to revolutionize the way all generations perceive love, success, aging and happiness.

As a three-time bestselling author, brand advisor, and acclaimed character actress for over three decades, Joanie Marx’s one-of-a-kind style for showing how Baby Boomers and the generations that followed can live their best life, opens the doors to a new way of loving the life we have.

Do you know of a brand exploring new opportunities to engage the 50+consumer on an emotionally relevant level? Or perhaps you work for a company seeking new and authentic ways to inspire their employees to shine in the spotlight when it matters most?

If so, call 1-818-317-4415 or email Joanie and schedule a complimentary consultation on how she can provide timely and profitable guidance on your next campaign to the 55 and over market, as well as explore having Joanie serve as your 50+ spokesperson.

To book Joanie for a keynote presentation, radio, television and podcast interview or to inquire how she can collaborate with your company on improving your connection with Baby Boomers, please contact Joanie here.

In the meantime, feel free to review the additional information on this site, such as Joanie’s blog. And be sure to visit Joanie on Facebook , Linked-In and IMBD.

“Your ideas and personable approach for fostering interpersonal communication and teamwork is revolutionary. You tailored the workshop and exercises to the needs of our bank and played a huge role in bridging a gap between genders, generations, and cultures.”

“My mother saw you speak and said your story should be a sitcom. Out of all the speakers and performers, you were consistently the best. Thank you for being a part of our event.”

“You have such a gift for turning complex and emotionally powerful subjects into unforgettable moments of laughter and inspiration that people can personally relate to. By bringing the audience in with you on your journey they not only resonate with your story, but they learn to connect with parts of themselves that can have a positively life-altering impact.”

“Powerful and helpful in my own transformational journey!”

“Joanie Marx has taken a subject that, until now, has remained taboo. I am actually from the generation after the Boomers and I found Joanie’s story to be powerful and helpful in my own transformational journey! The wisdom and insight Joanie brings to some really bottom line issues of self-acceptance and self-love, are priceless tools for those who are committed to a path of self-discovery.”

“New ways for baby boomers to examine their lives.”

“In her trailblazing book, I am proud to say that my colleague, Joanie Marx, not only courageously bares her soul in telling her inspiring story, but she creates new ways for baby boomers to examine their lives. Facelifts, Money and Prince Charming doesn’t pull any punches and exposes the media’s myths about the 55 and over crowd. As her producing partner on the commercial project, The McGranny Secret, I challenged her to share her truth in creating her Drive Thru Make it Your Own® campaign and that is exactly what Joanie has done in her book.  With her own engaging style, Joanie reveals the truth about love, aging and creating one’s own happiness as a baby boomer.”

“Rewrites the story of baby boomers.”

“All actors – like all people – have a fascinating and inspiring story to tell. In her groundbreaking book, I am thrilled to say that a former student of Larry Moss Studios, Joanie Marx, not only inspires us to live our best lives, but she courageously rewrites the story of baby boomers by exposing the myths of our generation in a style all her own. Whether you’re a baby boomer or you were raised by parents of this beautiful generation, this book will forever change the way you look at yourself.”

~ Michelle Danner, Founding and artistic director of The Edgemar Center for the Arts

DRIVE-THRU, MAKE IT YOUR OWN ®:

In late 2012, Joanie began rewriting the story of aging and breaking Baby Boomer myths through the popular character she created called, McGranny. It started out as an idea aimed at changing the perception for how Boomers are portrayed through the media, advertising and entertainment industries.

As Joanie has spoken about publicly and wrote in her book, McGranny isn’t the voice of one person or even a single generation. She says, “The message of the Drive-Thru, Make It Your Own® advocacy campaign reverberates across all generations, most of whom will someday find themselves in the 55 and over crowd.”

To reach the audience this message resonates with Joanie understood the importance of utilizing online and offline platforms that could distribute inspiring, humorous and thought provoking content to reinforce the idea that Baby Boomers are a powerful and influential force to be admired, respected and genuinely honored.  Three spec-commercials were produced and filmed, showing a new and refreshing way Baby Boomers can be portrayed in advertisements.

These engaging and emotionally relevant commercials helped pave the way for Joanie to not only be brought on as a spokesperson and Baby Boomer advisor for major brands, including a hugely popular campaign for Zyrtec in 2015, but it has helped reshape the image of Baby Boomers around the world.

“You took my words and created a multi-dimensional performance with heart. You brought an abundance of life, passion and enthusiasm to the project.”

Book Joanie On Your Show

With refreshing honesty, and in an inspiring style all her own, #1 Amazon International Best Selling Author, Hollywood actress, and Baby Boomer Advocate, Joanie Marx, will inspire and engage your show’s audience by boldly addressing how to break The Seven Myths Myths of Love & Happiness™, and where to Refocus & Renew Your Life™.

A master storyteller who is well versed in keeping an audience engaged throughout her segment, Joanie covers a variety of timely and relevant topics, such as how companies can radically improve their branding by connecting with the Invisible Customer with All the Money™, making her an in-demand guest for television and radio shows, as well as podcasts.

[widgets_on_pages id=”Renew and Refocus Your Life”]