If your show targets an audience between the ages of 40 and 70 Best Selling Author, Hollywood Actress, and Successful Entrepreneur Joanie Marx Is Your Ideal Guest.

A leading authority on refocusing and renewing your life, no matter your age, Joanie Marx, is on a mission to revolutionize the way all generations perceive love, aging, success, and happiness. 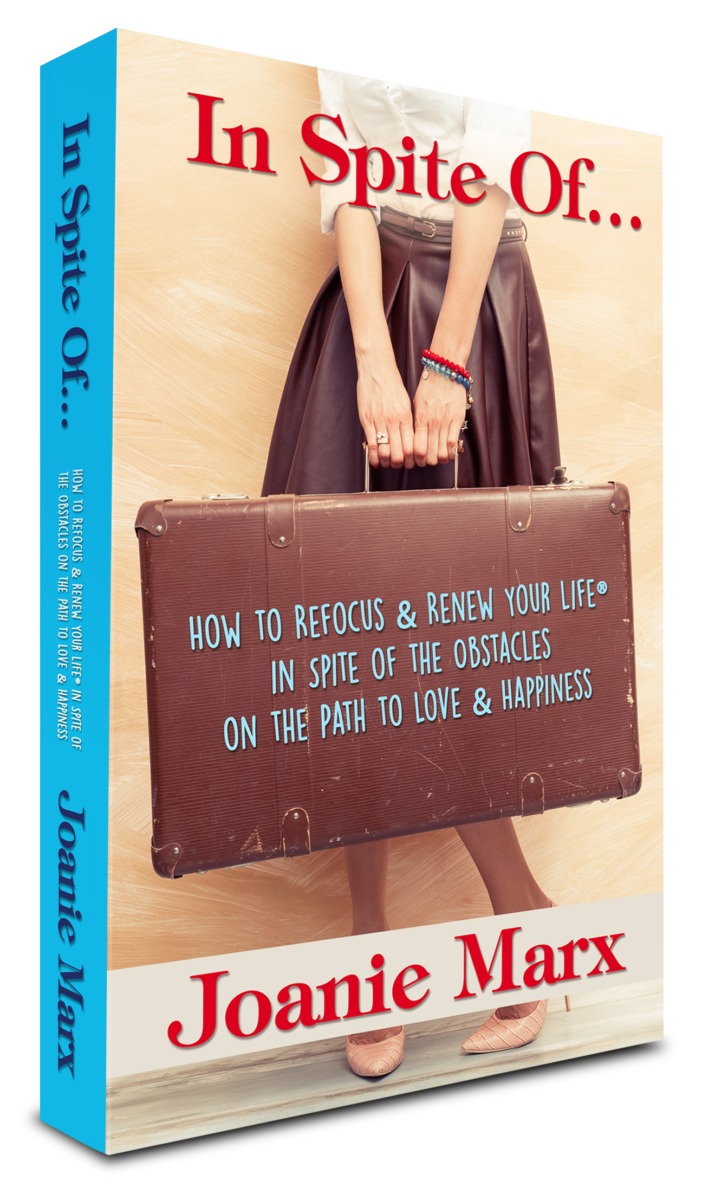 Joanie is the author of the new, groundbreaking book “In Spite Of…: How to Refocus & Renew Your Life in Spite of the Obstacles on the Path to Love & Happiness”. This book is the sequel to her acclaimed #1 Amazon Best Seller, “Facelifts, Money & Prince Charming: Break Baby Boomer Myths & Live Your Best Life”.

A master storyteller who is well versed in keeping an audience engaged throughout her segment, Joanie covers a variety of timely and relevant topics, making her an in-demand guest for television and radio shows, as well as podcasts.

A pioneer and inspiring presence in both the world of Hollywood and business, Joanie has enjoyed over 30 years as a full-time character actress in Hollywood, appearing in several national commercials, stage plays and co-starred in dozens of television shows, as well as co-starring in the Judd Apatow and Adam Sandler film, “Funny People”. She also co-founded and sold a multi-million-dollar consumer product business.

Calling on timely examples from her career in the entertainment industry, as well as poignant and inspiring stories from both “In Spite Of…” and  her first book, “Facelifts, Money and Prince Charming: Break Baby Boomer Myths & Live Your Best Life”, Joanie is that rare guest who can keep your audience dialed into her segment on your show while covering a wide range of inspiring subjects.

There are a wide variety of timely and emotionally relevant topics Joanie Marx can address with your audience. Based on the nature of your segment’s theme, the subject matter will range from inspiring and humorous to thought-provoking and educational, and even a few concepts that are highly controversial.

No matter the subject or the demographic of your audience, one thing is assured; Joanie Marx will leave an indelible mark on the minds and on the hearts of all who hear her.

WHY BOOK JOANIE MARX AS A GUEST?

Clips from some of Joanie's television and radio interviews.

Schedule Joanie Marx for an upcoming segment on your television program, radio show, or podcast.

Book Joanie Marx For Your Show

[widgets_on_pages id=”Renew and Refocus Your Life”]